The Catholic Church has a rich tradition of social teaching, reaching from the early church fathers and philosophers of the past to the saints and activists of today.

Discover the treasure of Catholic Social Teaching, through groundbreaking writings and innovative projects.

What is Catholic Social Teaching?

Catholic Social Teaching is the response of the Catholic Church to ‘the social question’, that is the social, economic and political issues of the day. This body of teaching has taken the form of major teaching documents produced by the popes and bishops of the Catholic Church. As the late Saint Pope John Paul II reminds us, Catholic Social Teaching seeks to provide an ‘a careful reflection on the complex realities of human existence . . . in the light of faith and the Church’s tradition’ (John Paul II, Sollicitudo Rei Socialis, 41).
‍
Whilst the social teachings of the Church serve as a basic orientation to the common good, they do not detail specific answers to every economic and political problem that we have or might face. The Church draws its social teaching from the insights of scripture, the early church fathers, medieval experience, theologians, philosophers, economists, political thinkers, countless witnesses, saints and activists throughout the ages.

What is Catholic Social Thought?

Catholic Social Thought tests the Catholic Church’s social teachings by applying them to modern life’s specific issues and complexities.
‍
This broader, orbiting conversation involves those beyond the hierarchy of the Catholic Church and is inclusive of a range of other materials which are all attentive to the theological and social context that official teaching emerges within. Theologians, philosophers, economists, political scientists, management theorists, educators, sociologists and others have developed a tradition of thought which extends the Church’s social teachings into the specifics of the economic, social and political worlds.

Putting it into practice

For Catholic Social Teaching and thought to have an impact in the world, they both need to be put into practice.

‘Today more than ever, the Church is aware that her social message will gain credibility more immediately from the witness of actions than as a result of its internal logic and consistency.’ Saint Pope John Paul II, Centesimus Annus 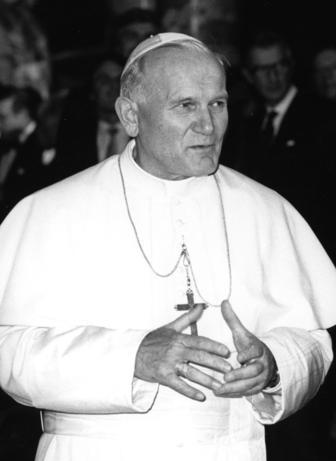 At the Charles Plater Trust, we believe that the Church’s social tradition flows from the Old Testament and draws upon everything in the life and thought of the church since. We have also been deeply influenced by the late Saint Pope John Paul II’s insight that Catholic Social Teaching and Thought cannot be considered as mere theory, ‘but above all else a basis and a motivation for action’ (Pope John Paul II, Centesimus Annus, 57).
‍
For this reason, we want to focus on Catholic Social Teaching, Thought and Practice as the work of the whole Church. We want to use our funding to promote the Catholic social tradition and to support the work of contemporary social justice thinkers and activists who are currently contributing to the development of the Catholic social tradition within our own context of the UK, in new and exciting ways. As a funder, we think of ourselves as part of a ‘reflective practice of justice’ with all our partners, who together make real our common commitment to the Catholic social tradition, across a wide range of important areas of domestic social concern.

The story of ‘a social prophet’ and his Jesuit bulldog, Jimmy 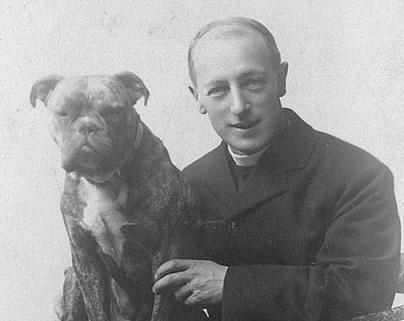